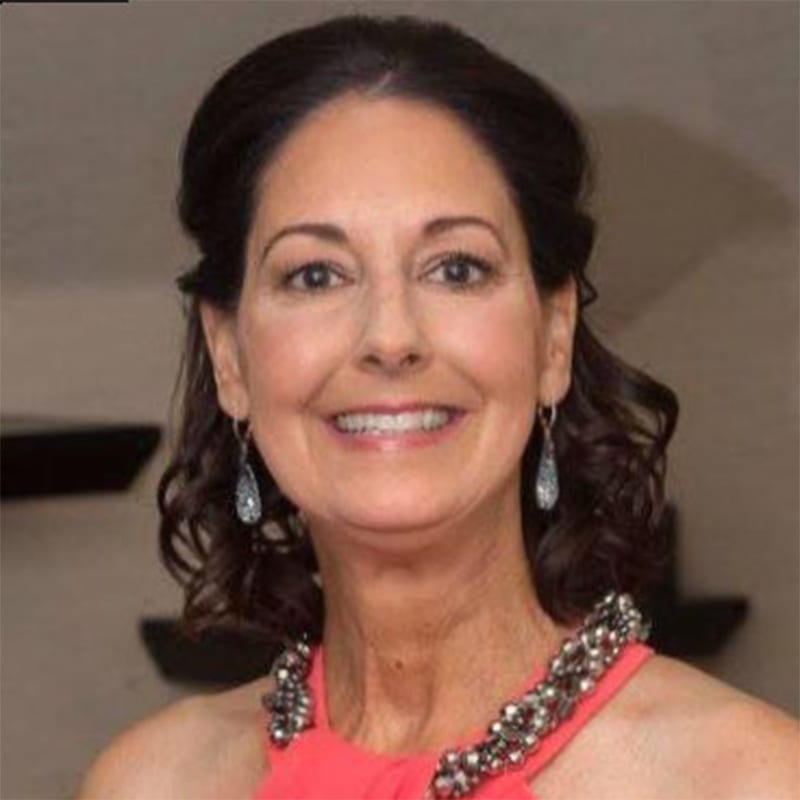 CHAIRMAN OF THE BOARD – Cynthia Cekanski, Saber Healthcare Group

Cynthia Cekanski has over 30 years of experience in the healthcare industry. Beginning her career as a Registered Nurse, Cynthia spent many years serving labor and delivery patients. In 2000, she became a licensed nursing home administrator and spent nearly a decade with HCR ManorCare. In 2009, she moved to CommuniCare Health Services where she oversaw a number of different facilities, many of which were located in Berea. She currently serves as Regional Vice President of Operations for Saber Healthcare Group.

Outside of work, Cynthia enjoys skiing, traveling and spending time with her husband and three children. She and her husband currently reside in Strongsville. 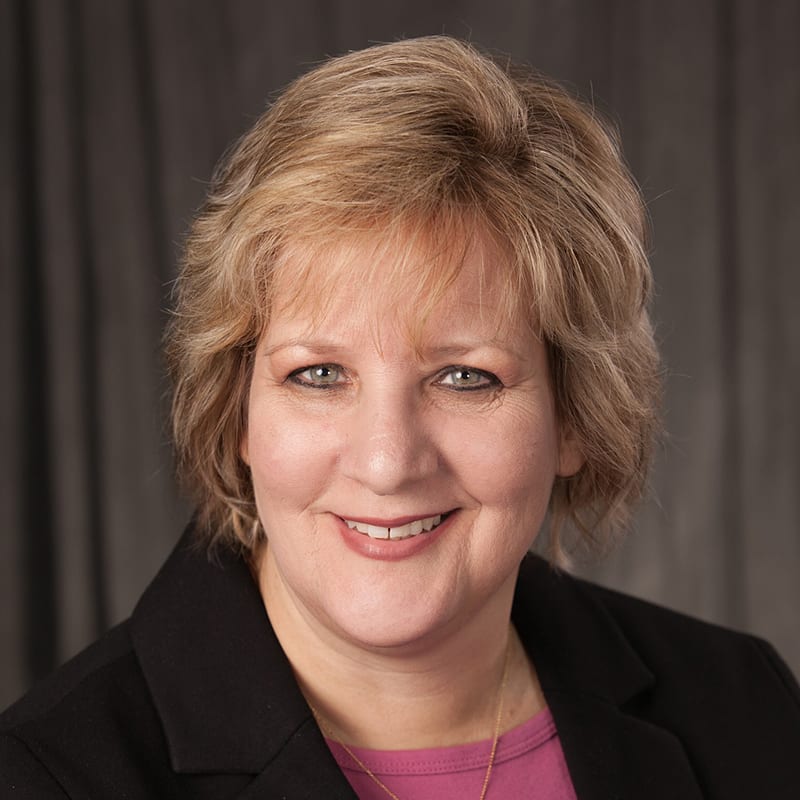 Mary Brown is the Branch Manager for the U.S. Bank in Berea. She has served in that role for the past 15 years and has been in the banking industry for over 30 years. Mary has been a Berea chamber Board of Trustees member for over 20 years, serving on the Executive Committee for 17 of those 20+ years. She is currently the Finance Chair but has also served as Vice President, President and Chairman of the Board. Mary is passionate about civil service and investing in her local community. In addition to her role at US Bank, she serves as Council-at-Large for Berea City Council and previously served as the President of Berea City Council for twelve years and as Ward 5 Councilperson for two years prior to that.

Outside of her professional life, Mary enjoys traveling and spending time with her husband, two daughters and two grandchildren. She and her family reside in Berea. 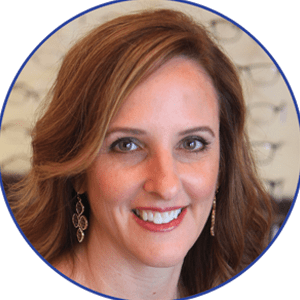 Dr. Nicolette Scott received her Bachelor’s degree in Science Education from OSU. After teaching high school chemistry for two years, she went back to school and received her Doctorate from The Ohio State University College of Optometry in 2001. In 2006 she received her fellowship from the College of Optometrists in Vision Development. Her focus is on pediatrics as well as primary care Optometry. Dr. Scott plays an active role in the community by giving vision screenings in local schools and also educating kids about the importance of maintaining good eye health. She is also a board member for the Berea Chamber of Commerce and she is an active participant in the PTO at Saint Mary’s School in Berea where her two children, Andy and Libby, attend school. Her husband, Allen is a paramedic-firefighter for the city of Berea where he and Nicolette have lived for the past fifteen years. 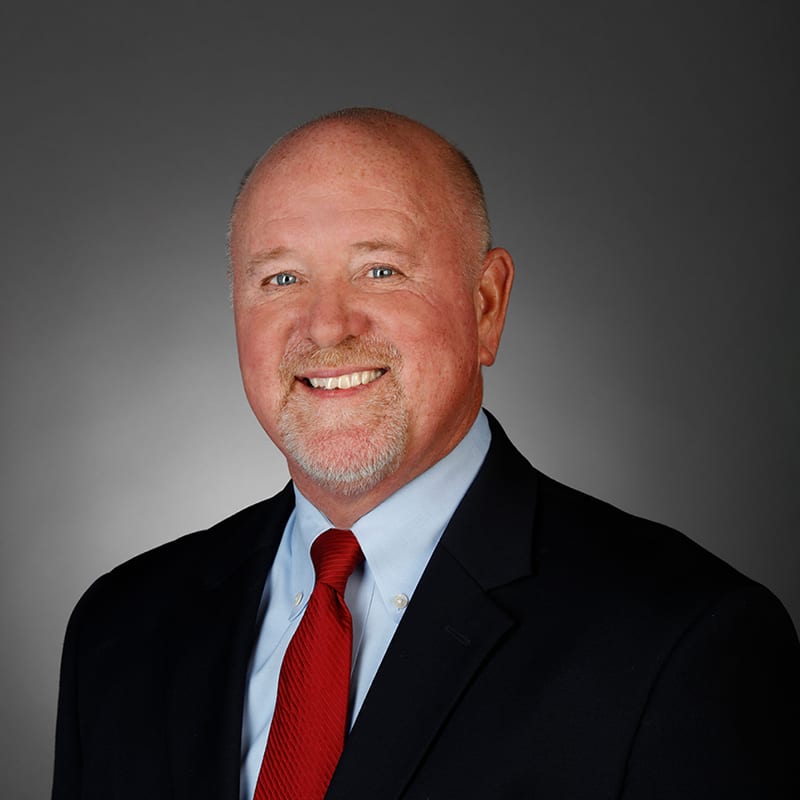 Bob King is the owner of King Insurance and Financial Services located on Bagley Rd. in Berea. King Insurance and Financial Services is an Independent Insurance Agency offering a full range of insurance products including auto, home, life, small business/commercial and more.He opened the business in 2012, but has spent over 30 years in the insurance industry. Bob is a graduate of Berea High School and Bowling Green State University. 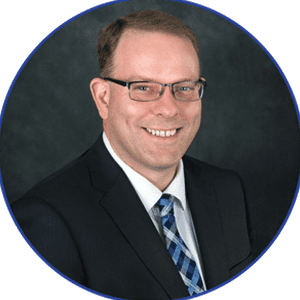 Phillip J. Henry lives in Berea with his wife, JoAnn and their three children.  Mr. Henry is a Managing Attorney with Phillips & Mille Co., L.P.A.    Mr. Henry is experienced in the following types of litigation: consumer protection, foreclosure, commercial litigation, collections, corporate disputes, criminal defense, personal injury, medical malpractice, appellate advocacy and also practices in the area of corporate law.  Mr. Henry is a member of the Ohio Bar Association and Cleveland Metropolitan Bar Associations.  Mr. Henry was named as a Rising Star by Super Lawyers Magazine in 2011, 2012, and 2013.

Mr. Henry is an active member of St. Adalbert’s Parish in Berea, where he serves as a Eucharistic Minister and a team leader for weekly collections.  He also served as President on St. Adalbert’s Parish Council.  Mr. Henry is a member of the Berea-Midpark Middle School and Berea-Midpark High School PTAs, serves on the Board of Trustees for the Berea Chamber of Commerce and the Middleburg Heights Chamber of Commerce, and is a member of Business Network International (BNI).  Mr. Henry has volunteered with Junior Achievement for the past 7 years at Grindstone Elementary, was a Den Leader for Cub Scout Pack 107 for 4 years, and has been a head coach with Lou Groza Football and Berea Youth Soccer Club. 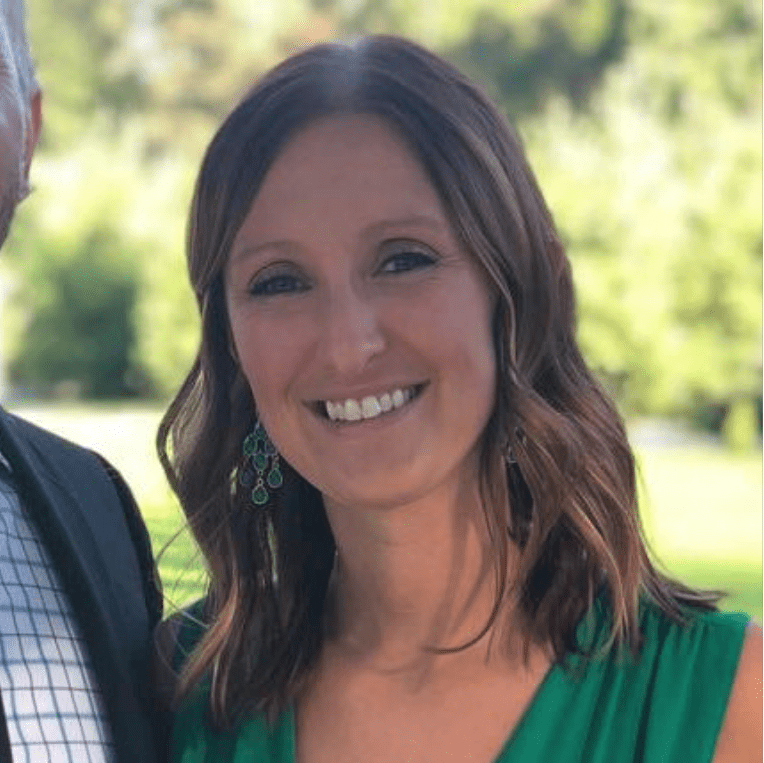 Andrea is a licensed Nursing Home Administrator and is the Executive Director at Northwestern Healthcare Center in Berea.  Andrea has worked within in the city of Berea in Skilled Nursing Facilities for the past twelve years.  Andrea attended Ohio University, where she graduated with a Bachelor’s Degree of Science in Health.  Andrea double majored in Health Service Administration and Long Term Care Healthcare Administration, minored in business administration and environmental services and received a certificate in Gerontology.  She is a native of Strongsville, Ohio.

Outside of work Andrea enjoys spending time with her family and friends, traveling, attending concerts and golfing.  She currently resides in Bay Village, Ohio. 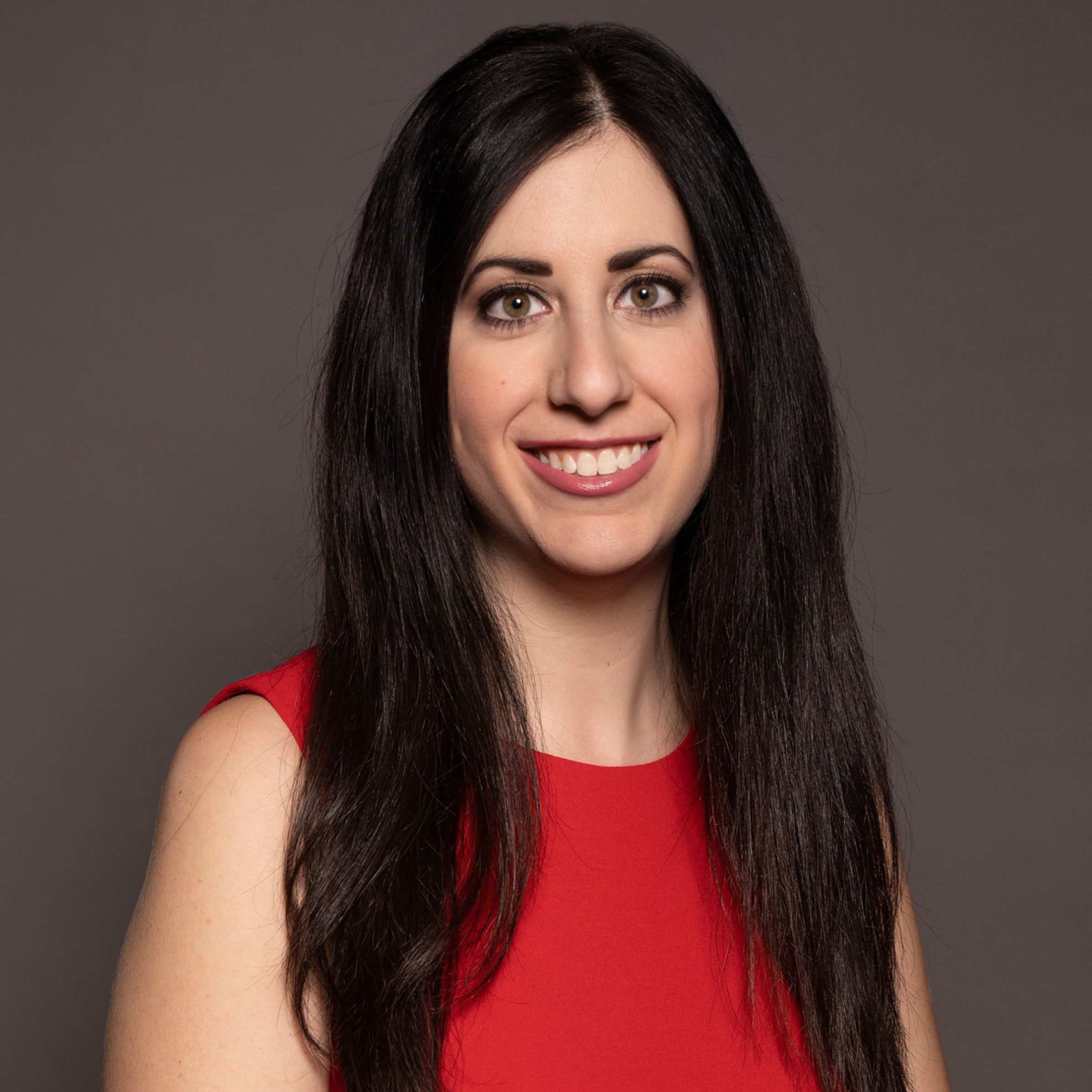 Cristina Capretta has served as the Director of Marketing and Community Relations for the Berea City School District since 2015. She oversees internal and external communication efforts, including media relations, digital and print publications, and social media. Her work for the district has been recognized by both the Ohio School Public Relations Association and the National School Public Relations Association. She has worked in both the private and public sectors specializing in marketing, graphic design, public relations, event planning, development, and communications for over 15 years. 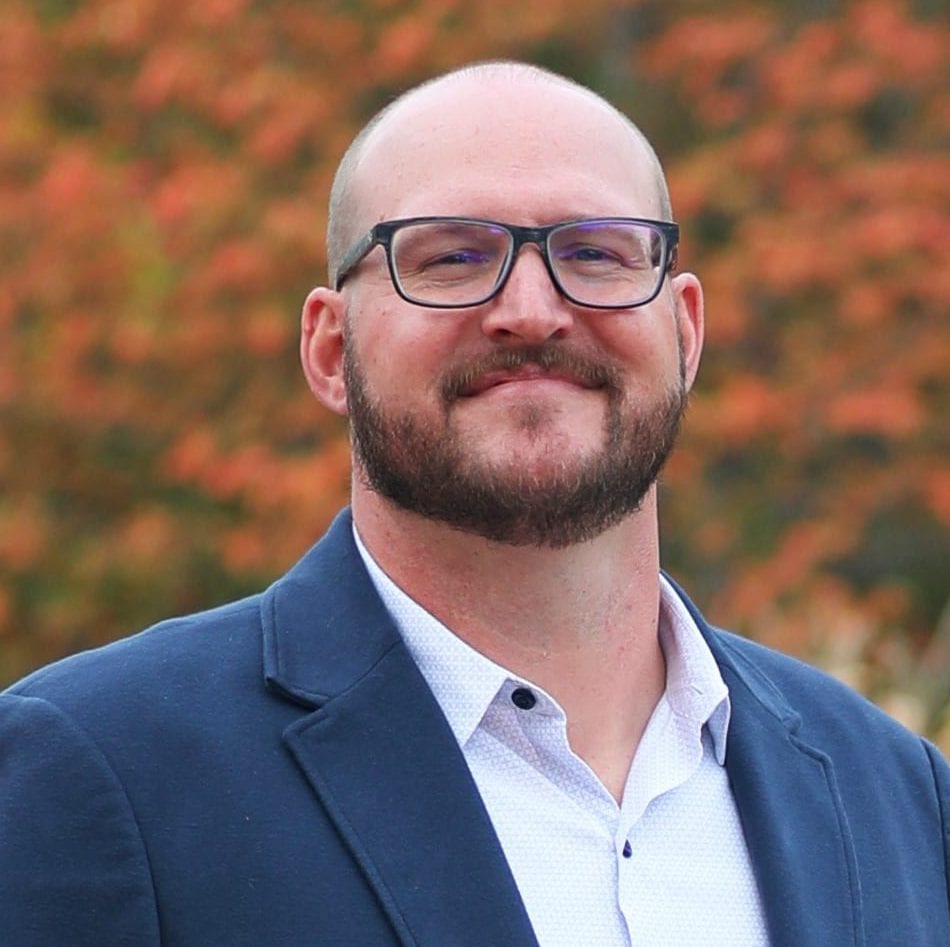 Dave Herwerden is a Financial Advisor with WestPoint Wealth Management.  He enjoys being able to work with families- in all stages of life- and help them with ‘planning beyond the obvious.’  He helps his clients realize that their financial goals and dreams are attainable- with a little planning, a bit of discipline, and a trusted advisor to help them along the way. In the consultation process, he engages with his clients in a thorough assessment of not only their financial data, but the emotional motivations behind their decision making. He helps his clients see the deeper implications of their financial decisions, and helps them review their plan to see if those choices align with their goals.  Dave helped with the opening of WestPoint’s Berea office in 2017 and continues to work out of that office serving the greater Cleveland area.  Dave is very involved with the local Chambers of Commerce, and currently sits on the Executive Board for the Berea Chamber as President.

Dave graduated from Cleveland State University with a major in Finance. He resides in Middleburg Heights with his wife and their 3 young children. Out of the office, Dave enjoys spending time with his family and friends and playing the occasional round of golf.

Mike Judge is the Director of Ticket Sales for The Cleveland Browns. He has worked with the Browns for 7 years. Mike  holds a Bachelor of Business Administration degree from Cleveland State University. He has served as a Berea Chamber Board of Trustees member since 2020. 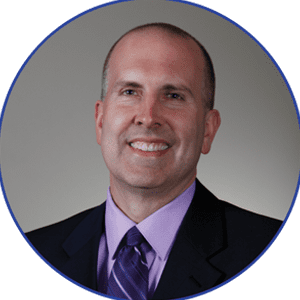 Doug Miller is the Director of Community Outreach at Polaris Career Center, where he has worked in a marketing/PR capacity for over 21 years.  Prior to Polaris, he spent 4 ½ years in the Governor’s Economic Development Offices in Cleveland and Akron, linking area employers to various State and local economic development resources and incentives.  Doug has a BA in Political Science from Kent State University and a Master of Public Administration (MPA) from the University of Akron.  He also holds a Certificate in Marketing Management from Cleveland State University.  Doug is active in numerous community organizations including chambers and business advisory councils.  He currently serves on three area chamber boards of directors.  He is also a youth/CYO baseball, basketball, football and track coach.  Doug lives in North Ridgeville with his wife, Ann, and two sons, Josh and Drew. 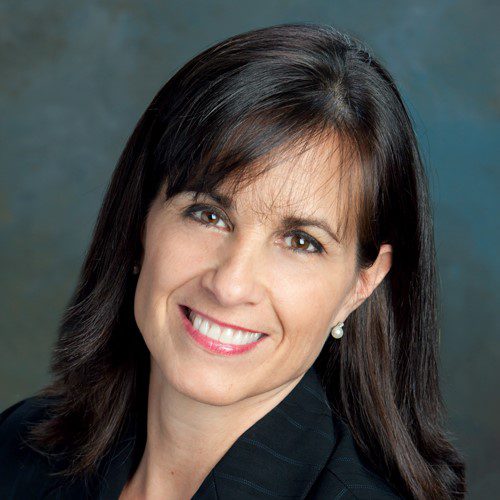 Karen Raisch-Siegel is the Executive Director of LifeWorks of Southwest General.  Karen holds a master’s of science degree in exercise physiology and a bachelor’s of science degree in advertising and business administration.  She is active in the community and belongs to various chambers of commerce.  She serves on the Sports Advisory Committee for Cuyahoga County College, is an AFAA certified group exercise instructor and a member of the national REX roundtables for executives.  She currently serves as a board member for the Middleburg Heights Chamber of Commerce, the Olmsted Chamber of Commerce, the Berea Chamber of Commerce and Valley Riding Inc.  She enjoys teaching group exercise classes and volunteering for a therapeutic riding program for adults and children with disabilities.  She and her husband, Tony, live in Rocky River and have two daughters, 17 and 19, and a beast of a dog, Maximus Thunder. Her hobbies include English Riding, going to the stables and spending time with her family. 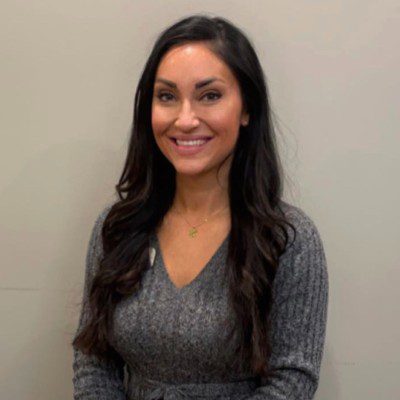 Danielle serves as the Corporate Director of Public Relations for Generations Senior Living. She graduated with honors from the Ohio State University with a BA in Strategic Communications in 2010.

Danielle has worked with hospitals, assisted livings and skilled nursing facilities for seven years. She is a true patient advocate and is an active member of several organizations in the communities she serves. Prior to the medical field, Danielle obtained her real estate license and worked in the real estate industry for several years.

She lives in Elyria with her husband and two sons and enjoys spending her free time traveling, working out, and visiting her grandma who is a resident at Generations. She joined the Berea Chamber of Commerce board in 2022 and previously served on the board for the Olmsted Chamber of Commerce. 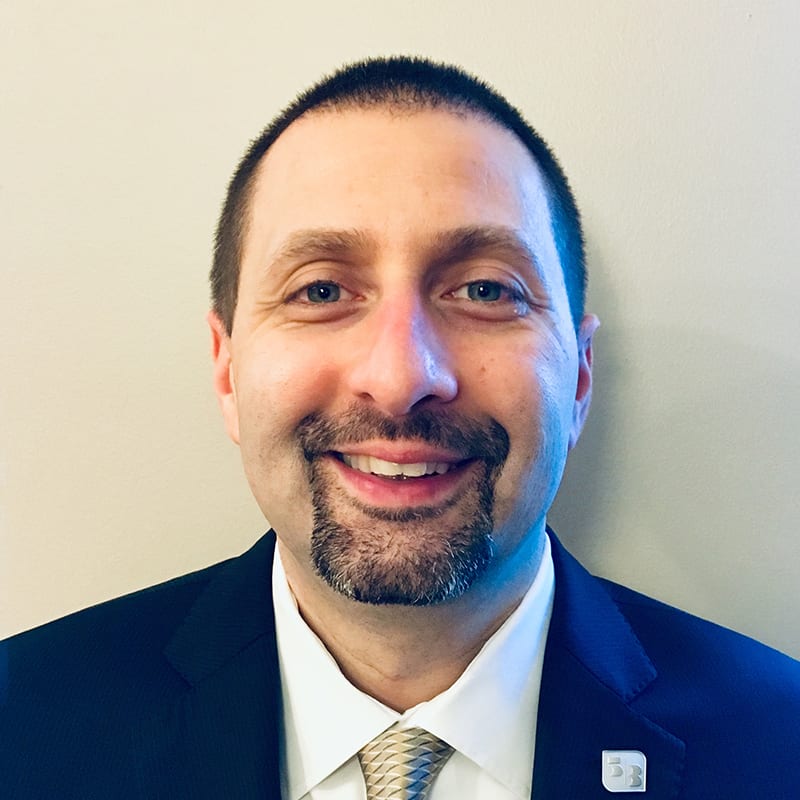 Andy Timko serves as a Preferred Relationship Manager at Fifth Third Bank. He has been a Berea Chamber of Commerce Trustee member since 2015 and also serves as a Trustee for the Berea Little Red School House Foundation. He and his family currently reside in Berea. 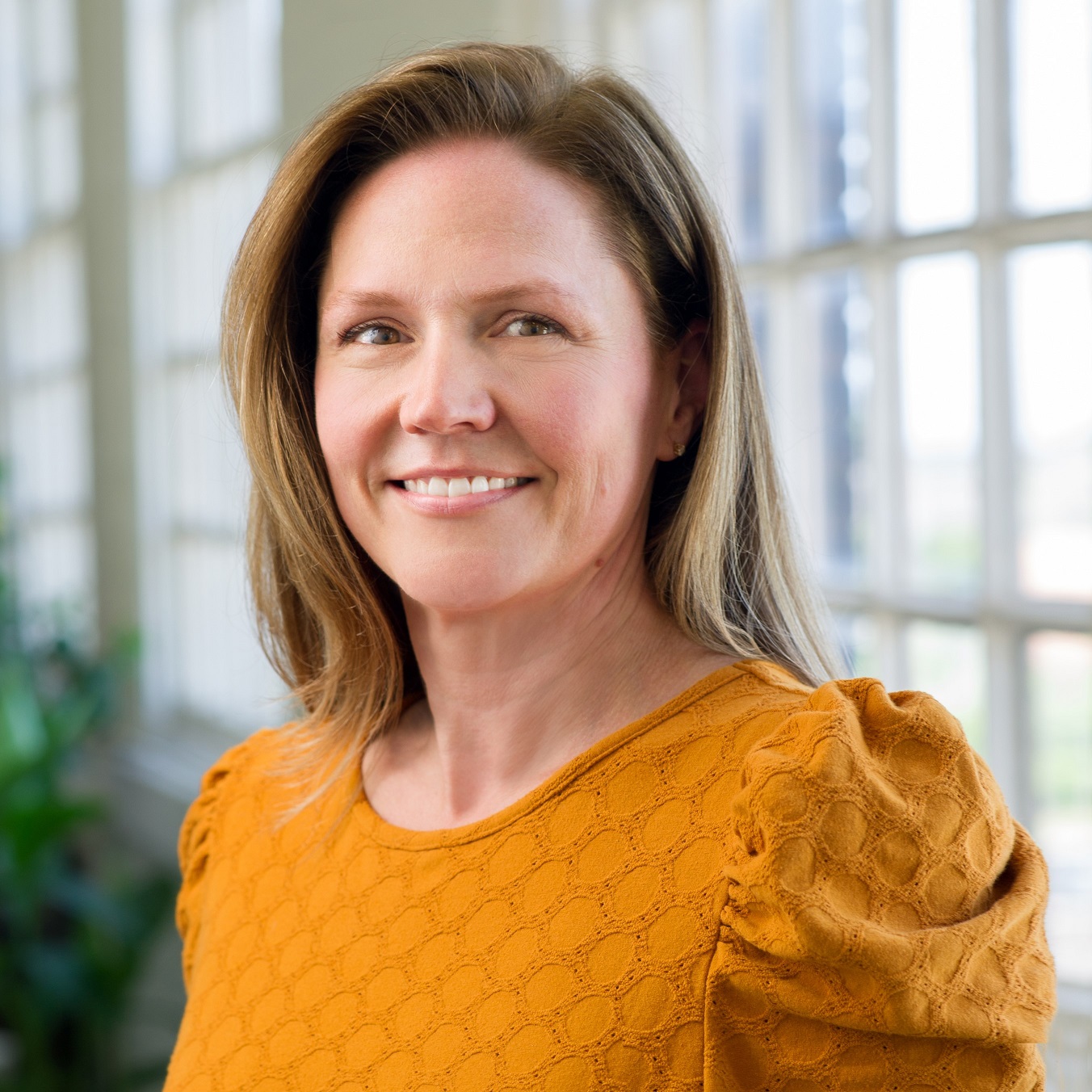 Following graduation from Kent State University’s College of Architecture and Environmental Design; Megan worked eight years managing residential projects from design through construction.  In 2015 she became a licensed REALTOR® and a member of the National Association of REALTORS®, the Akron Cleveland Association of REALTORS® and is also a certified Professional Property Stager.  Megan became a resident of Berea in 2010 and joined the Berea Chamber of Commerce five years ago.  She has served on the Board of Directors for the chamber for the last four years, serving as both Vice President and President. As Vice President, it’s her mission to increase the visibility of the chamber and nurture the success of local businesses by developing close relationships through regular communication and networking events. 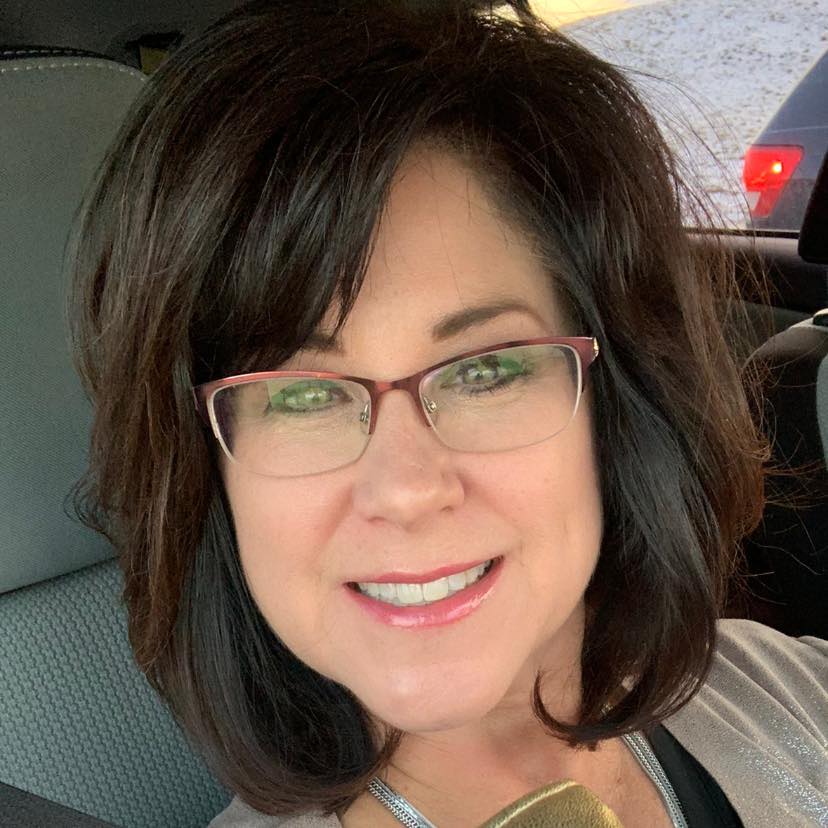 Lisa and her husband, Gene, have been the owners and operators of Luna Team Shop in downtown Berea for over 20 years. Luna caters to local sports teams, from vintage Berea Braves shirts and sweatshirts to Berea-Midpark Titans gear. They also provide team shirts for dozens of local schools, including St. Mary Elementary in Berea, St. Mary of the Falls in Olmsted Falls, St. Bart’s in Middleburg Heights, and for teams from Olmsted Falls, Westlake, Midview, Strongsville and Brunswick.

She is a dedicated volunteer and active member and advocate for our community.

She joined the Berea Chamber of Commerce board in 2021 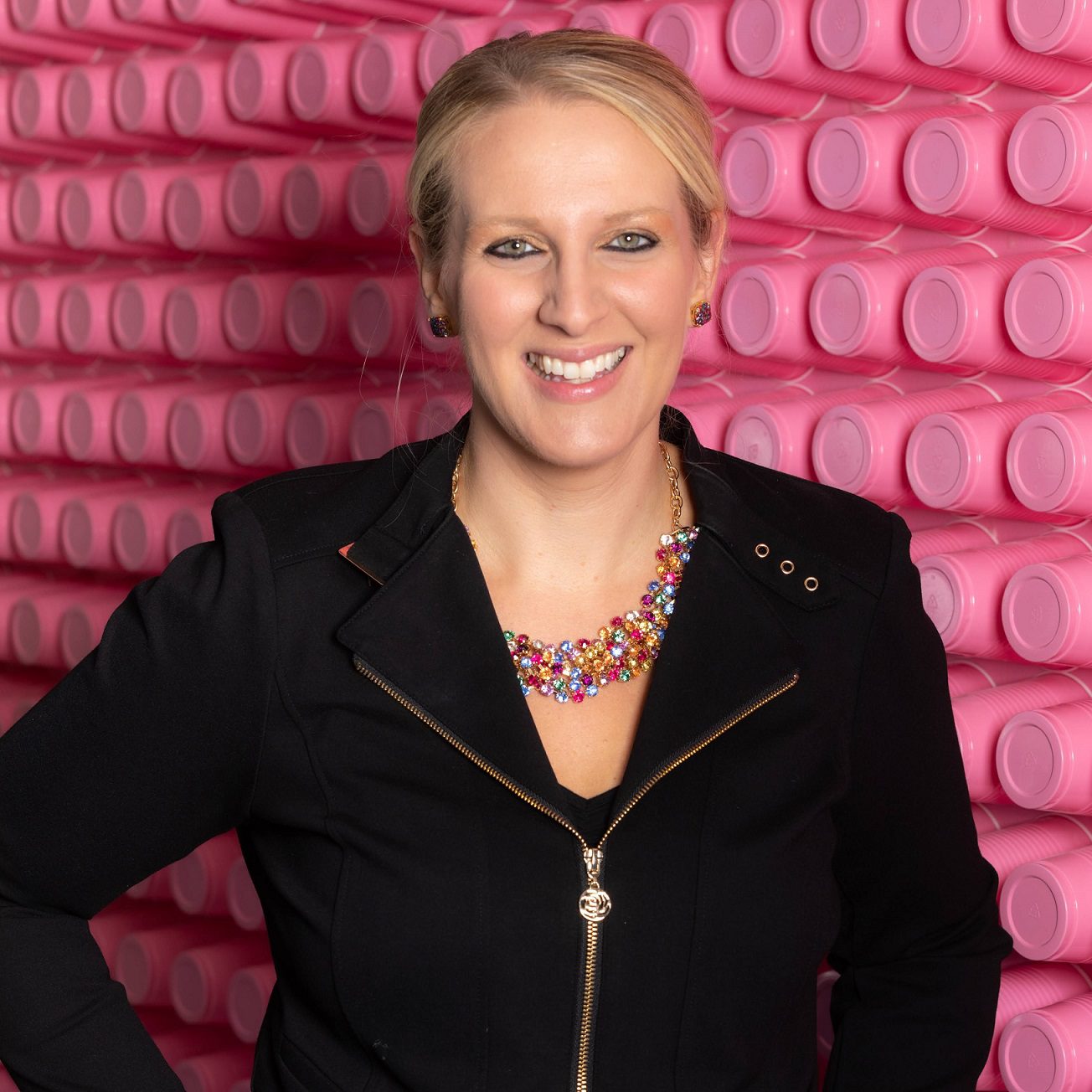 Megan Baechle has served as the CEO for the Berea Chamber of Commerce since 2015. She has 12 years of experience in operations management, executive support and event planning. As a native Berean and graduate of Berea High School, the betterment of our city is a cause that is a personal passion for her. She enjoys the opportunity to work with local businesses and find ways to enhance their footprint in the community through networking opportunities, sponsorships and strategic partnerships. She is a strong believer in the power of networking and has personally seen how it can help businesses grow.

Megan holds a Bachelor of Science degree in Organizational Communication from Ohio University. She lives in Berea with her husband, two children, and their rescue dog.